On a beautiful day, an exquisite work… 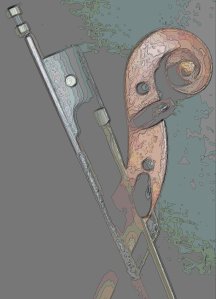 I apologise to regular readers – and I should like to say here that I am extremely grateful to you for being regular readers – of this blog, for presenting you with a book review two days running.  Perhaps as an antidote to my dose of Sheridan Le Fanu (whose works, whatever their good qualities may be, certainly belong to Henry James’ category of ‘loose baggy monsters’), I began last night to read The Cellist of Sarajevo, by Steven Galloway, and did not put it down until I had finished it.

It is a breathtakingly beautiful novel, although it deals with that ugliest of subjects, civil war.  It is also very grown-up, with profound layers of meaning that are allowed to speak for themselves; the author does not intrude upon the reader by presenting any kind of moralistic commentary.

At the literal level, the story consists of a portrait of the horrors of the siege of Sarajevo as seen through the eyes of three people over the period of a few days.  Fundamentally, the novel is an examination of what it means to be human and what ‘being good’ really consists of.  Principles of right and wrong are explored both through the most extreme situations (for example, Arrow, the female sniper working on behalf of the townspeople, finds it increasingly difficult to justify her acts of killing the ‘men of the hills’, even though they are picking off her fellow citizens daily) and more mundane dilemmas, such as that of Kenan, who, when he risks his life to collect water for his family, resents also having to fill up two heavy and awkward water containers for his elderly neighbour, not because he likes her (he doesn’t) or because she has been kind to him (she hasn’t), but because she holds him to a casual promise of help made in happier times.

The cellist is the common thread that unites these characters, as they listen to him; they do not know each other and do not meet. The reader discovers little about him.  He is a roughly-dressed, unkempt man with no name who has taken a vow to play his cello every day for twenty-two days in a street where twenty-two people died as the result of a mortar attack.  Daily, therefore, he puts himself at risk of murder by one of the snipers in the hills.  He is an enigmatic, Christ-like figure.  Did he lose someone in the mortar attack or is he making a point about preserving art and maintaining civilised activity in a world grown savagely feral and full of fear?  Does he celebrate or mourn humanity?

Almost every sentence that Steven Galloway writes delights with its precision and eloquence.  My guess is that he rewrote some of them many times in order to convey the exact descriptions, meaning, undertones and overtones that he intended.  However, nowhere is the novel ‘overwritten’.

I believe that this is a very important novel indeed; it belongs to the literary tradition of writing about the juxtaposition of warfare and what it means to be human that stretches back through Tolstoy and Shakespeare to the Icelandic sagas, Virgil and Homer.  It is elegiac, timeless and yet very disturbingly modern.

2 thoughts on “On a beautiful day, an exquisite work…”