To Singapore and Malaysia… 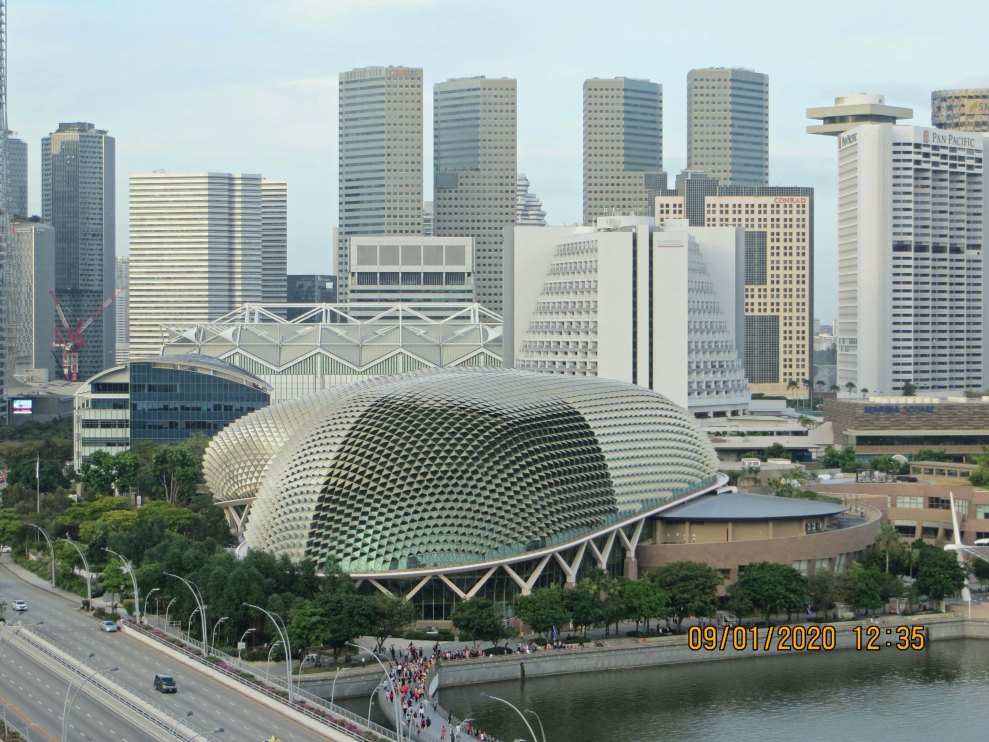 As readers of this blog may remember, for the past several Januaries I have been privileged to travel to South-East Asia for the day job; and even more privileged, so far, to have visited a different country each time. This year, I was also extremely lucky, for another reason: I had spent four days in Singapore and a weekend in Malaysia (which I had visited previously) and returned safely home before the coronavirus outbreak began to take hold. I have many friends and acquaintances in South-East Asia; if you are reading this post, please know that my thoughts are with you during this crisis. Stay well. 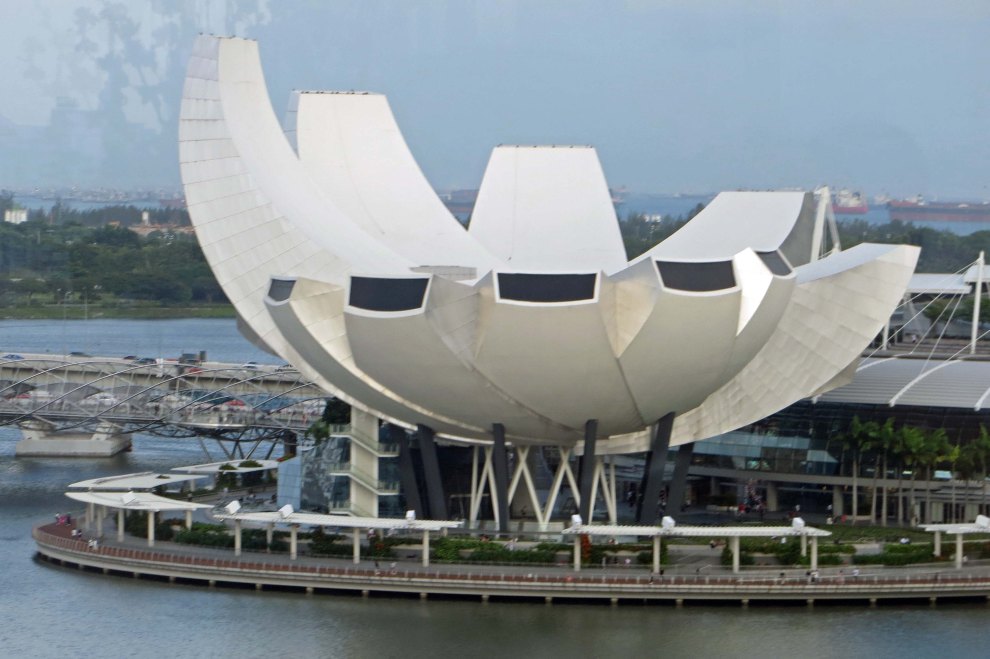 Singapore is one of the world’s most beautiful cities. My first full day there began with a 7 a.m. visit to the Botanical Gardens, a World Heritage site. 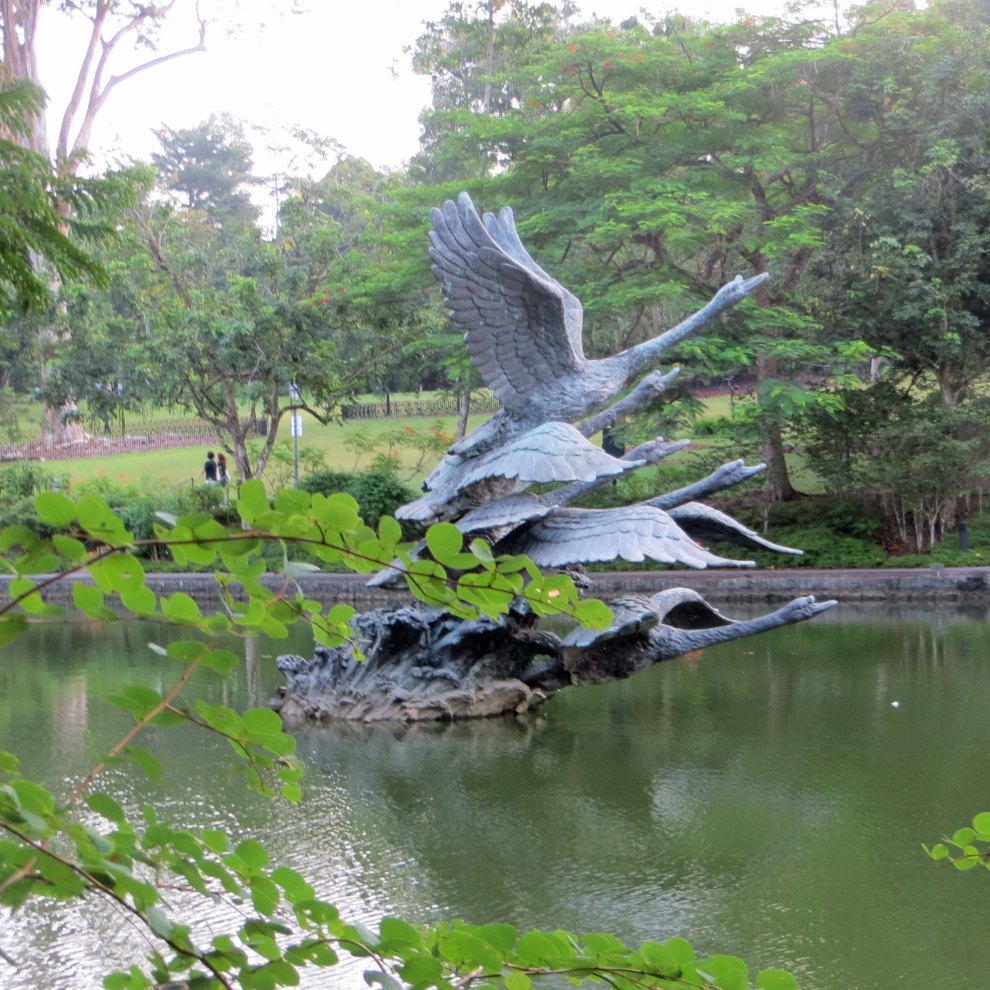 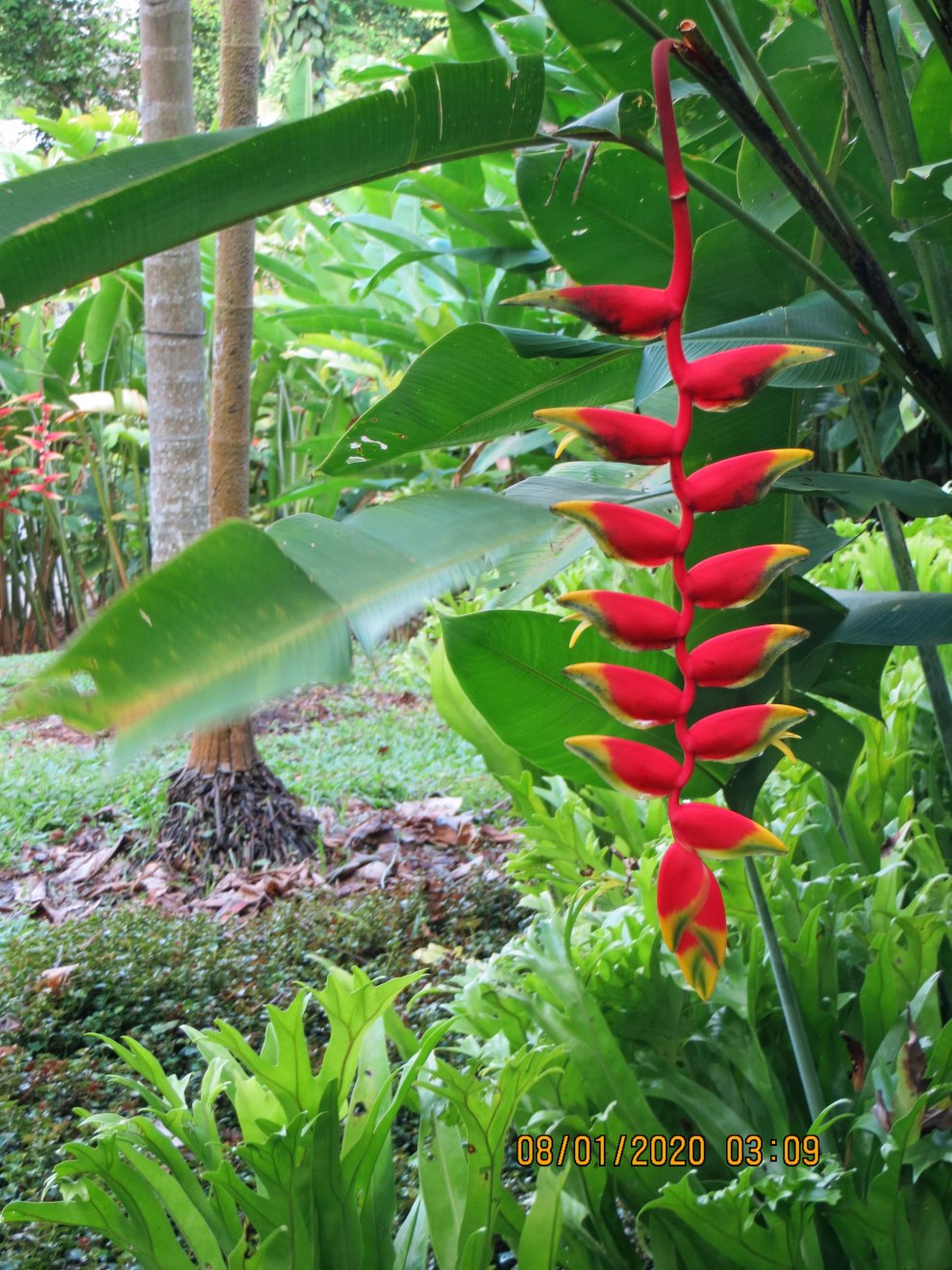 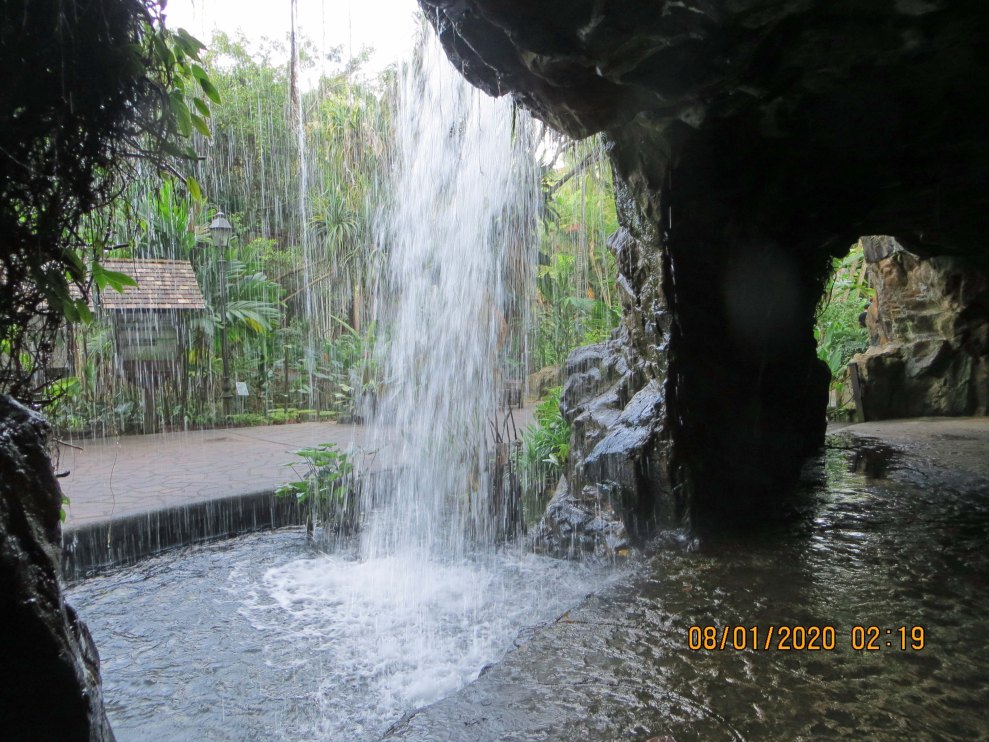 The early morning is the best time to see them, before the humidity takes hold. At that time of day, the gardens are already busy with people: joggers, groups practising Tai chi and people just using them to walk dogs or take a short-cut to work. The many varieties of exotic tree – and the even more exotic creepers intertwined with them – defy description; you must make do with a photographed example! 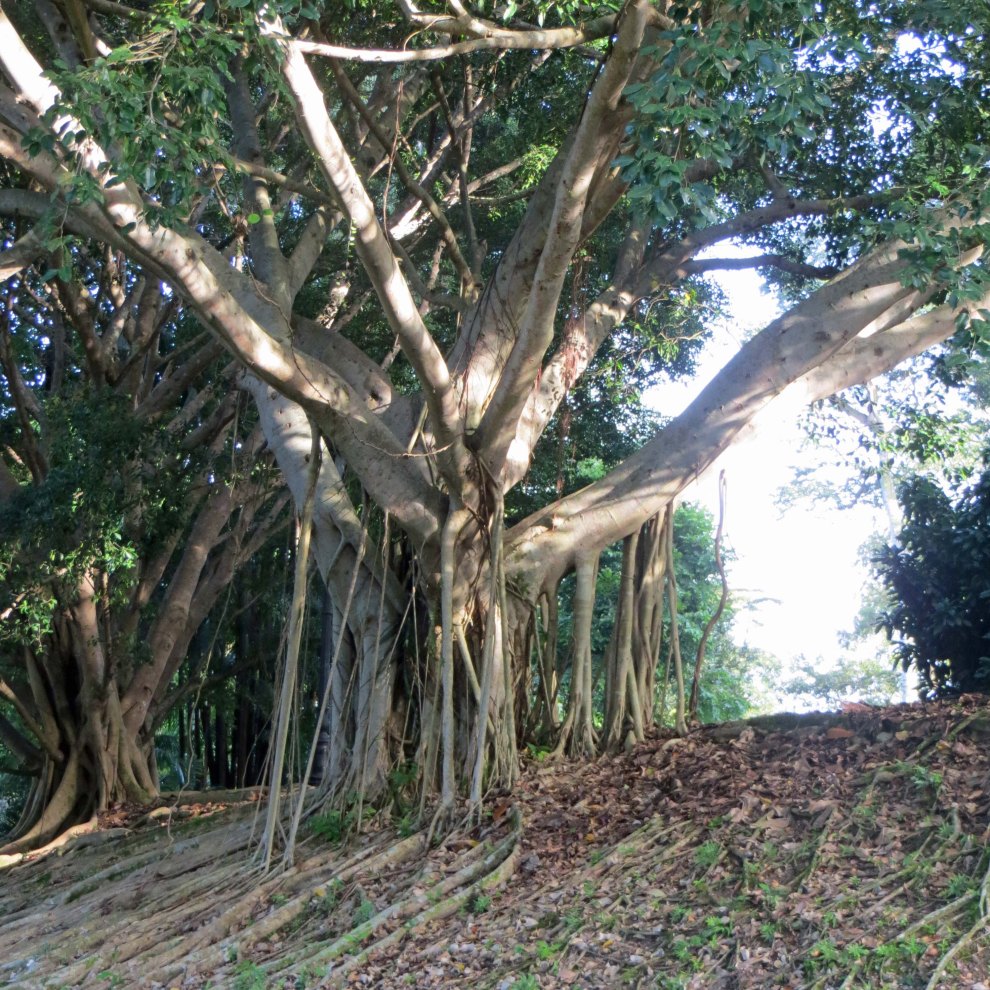 The wildlife is equally striking. I was particularly fortunate to get a shot of a lizard basking at the top of a tree. 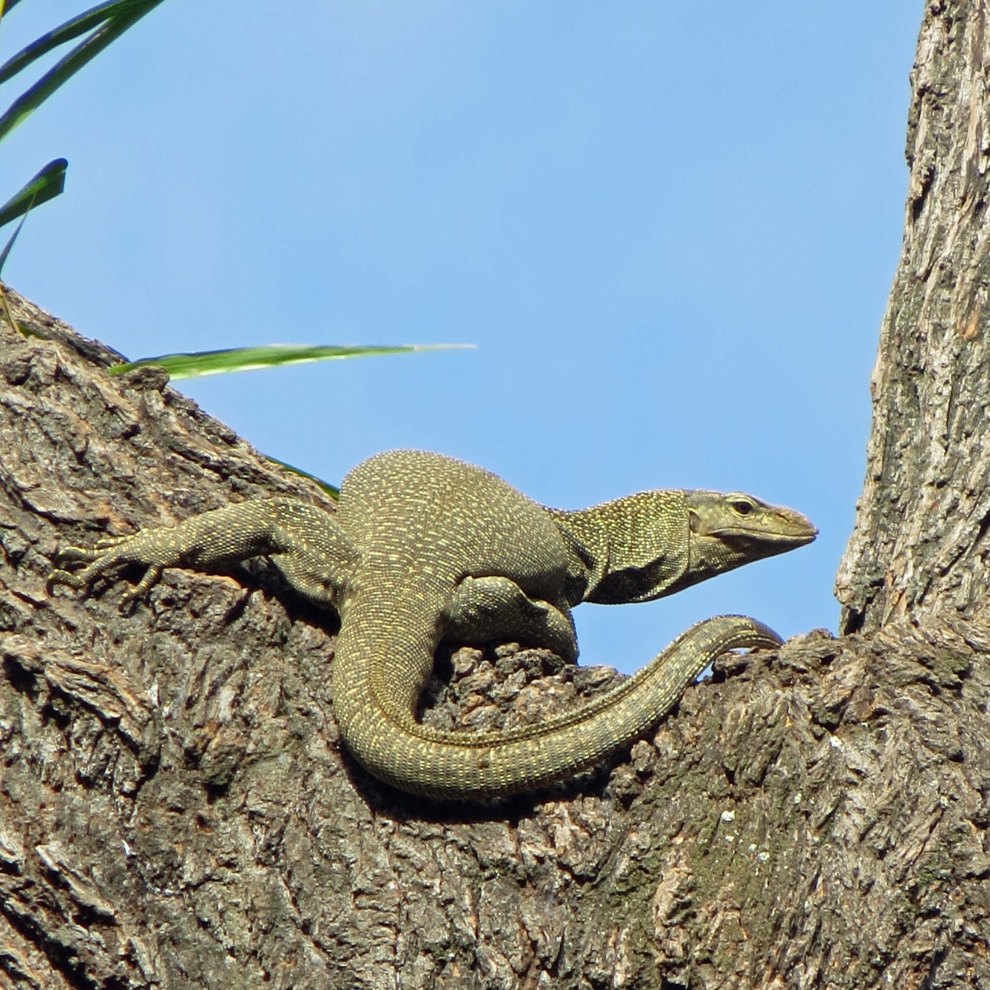 The business meetings took place at the National University of Singapore, whose global university ranking is eleventh; it is first in Asia. Amenities include a very advanced library which, like other university libraries in South East Asia, is experimenting with a variety of artificial intelligence applications to improve the experiences of its students and researchers. The hotel in which I stayed was also making good use of advanced technology: as I was waiting for my cab to the airport early on the Saturday morning, when there were few staff around, what was ostensibly a waste-paper bin – I’d noticed it several times but didn’t know until then it served a dual purpose – trundled up to me and asked me if I needed any help!

The Marina Bay is home to some of the world’s most spectacular high-rise buildings. Primus inter pares is the building shaped like a boat on top of three towers. 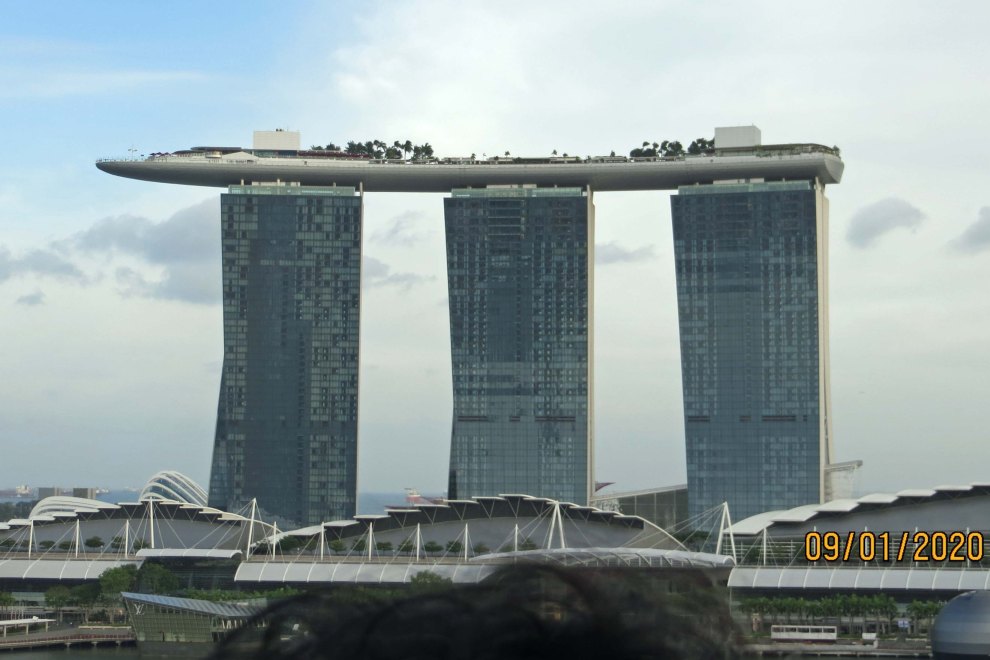 I took the photograph of this astonishing hotel complex from the rooftop bar at the Fullerton Hotel. 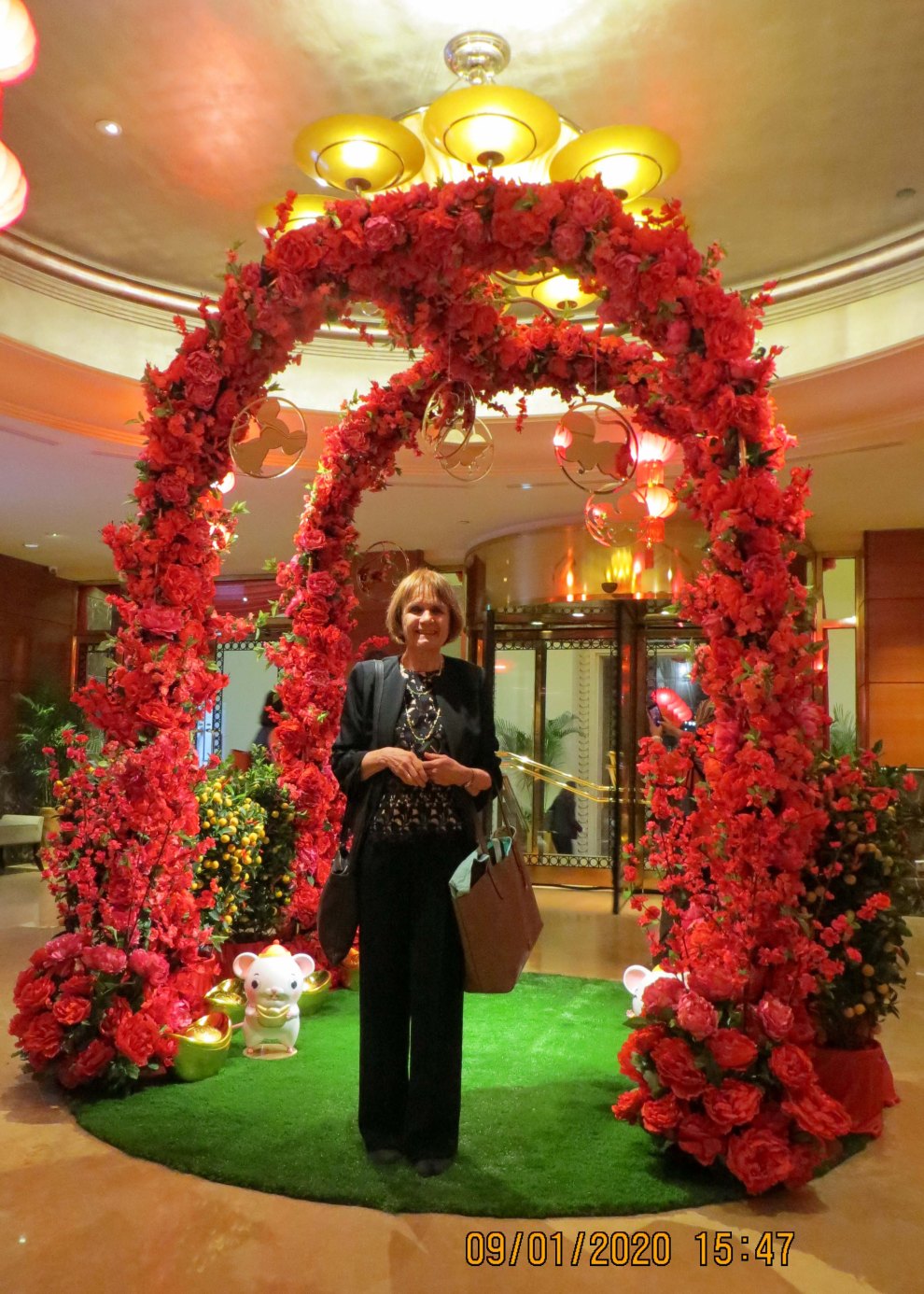 By walking round to the other side of the bar, I could also see the famous Raffles Hotel.

Like most of my other visits to Asia, this one coincided with the run-up to the Chinese New Year. 2020 is the Year of the Rat. The streets and markets were exuberantly decorated and packs of child-friendly toy rats abounded! Everyone was very happy. 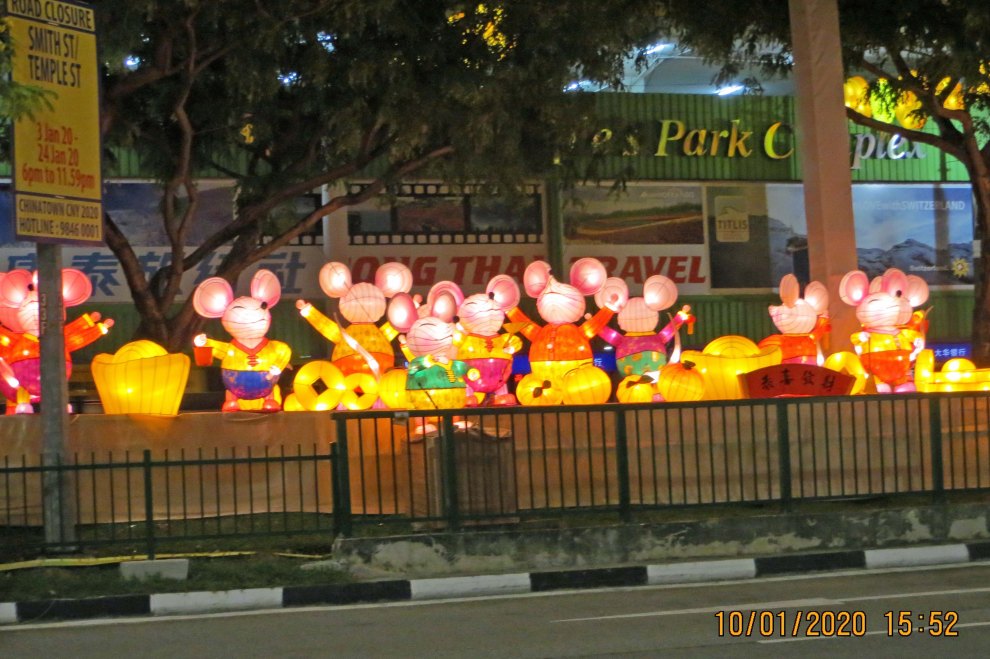 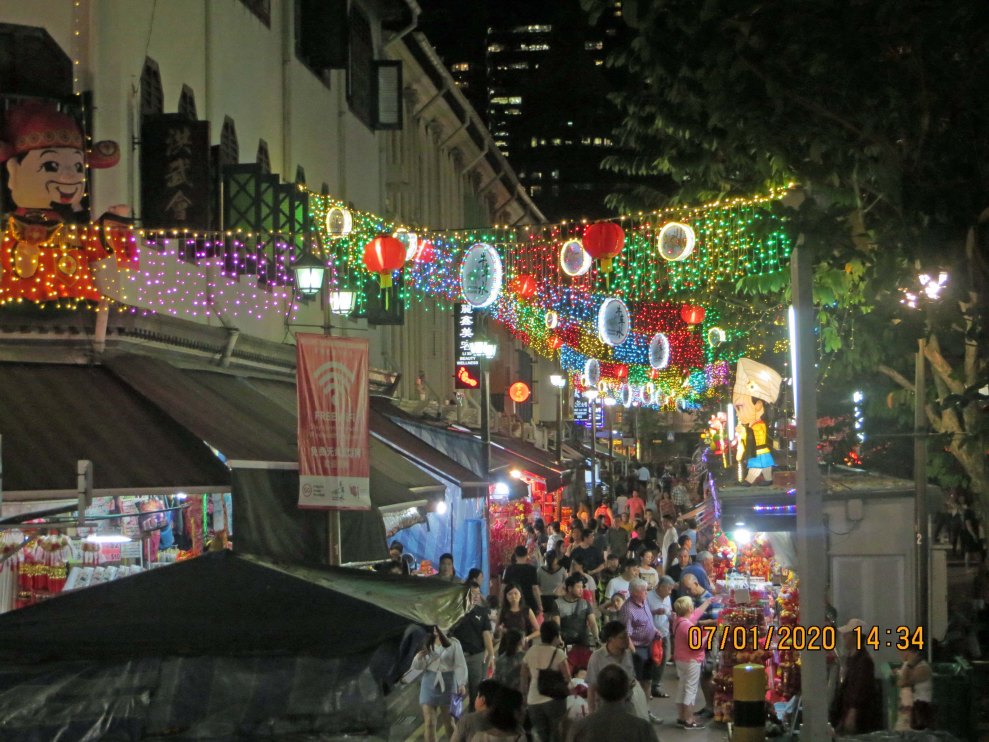 The weekend that followed was not about work, but a literary adventure. I’ve begun to plan a novel which isn’t primarily crime fiction, though it may very well contain some crimes. (I have a theory that all novels are about crimes, one way or another, but I won’t sidetrack you with that now.) It was inspired by a fifty-five-year-old BSA motorbike, which really exists, to which I am going to attach a story.  The motorbike was painted Port Dickson Green and exported by the British Army during the Malayan Emergency. Somehow it found its way back to the UK: that is the nub of the mystery. Watch this space! 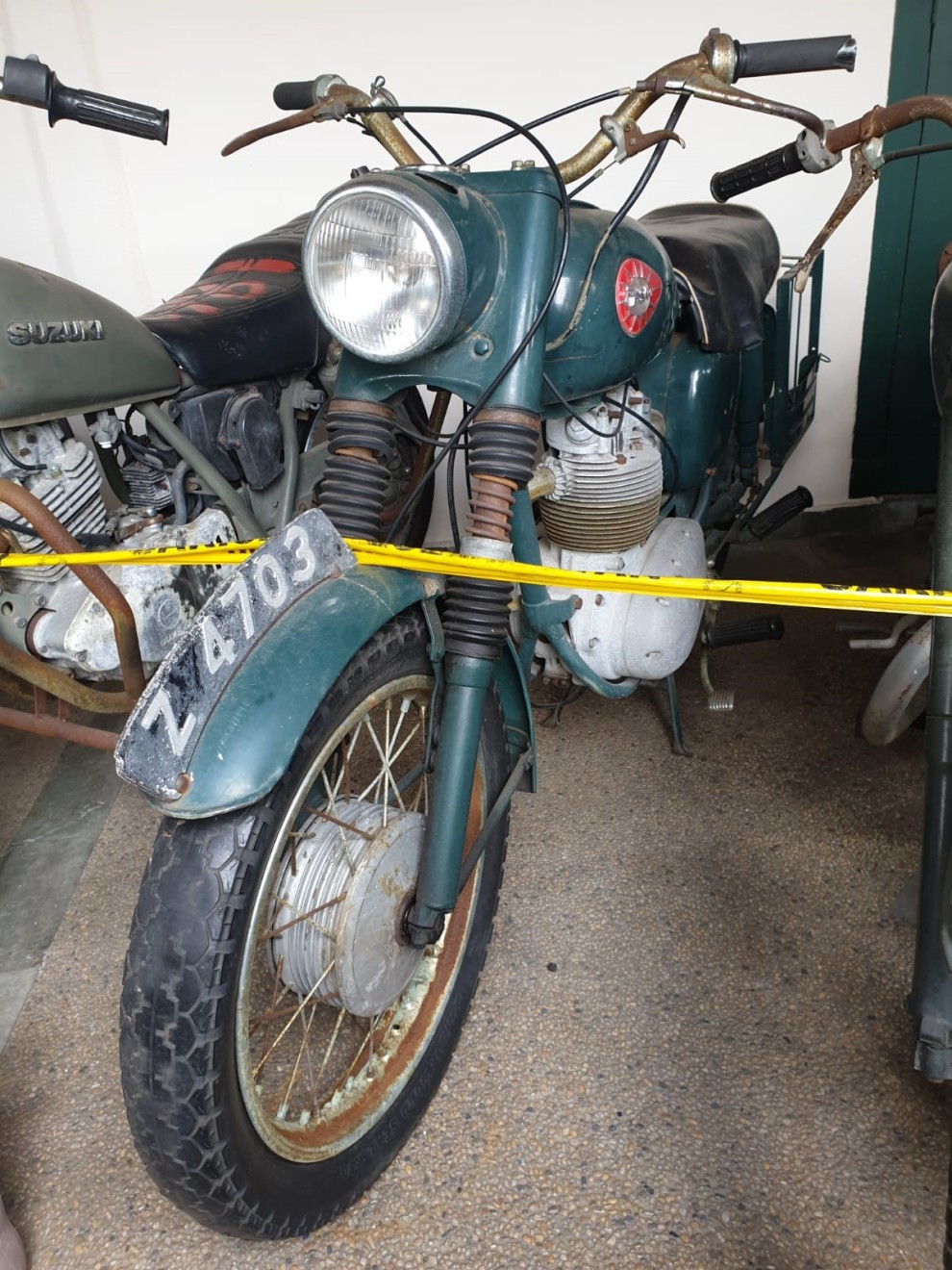 I won’t say any more, except to add that, in quest of the motorbike, I was able to spend an afternoon at the military museum in Port Dickson, in the company of its curator, a soldier in the Malaysian army who is also a forensic archaeologist. His specialism is repatriating the remains of soldiers who have been killed in conflicts, not just in Malaysia, but worldwide. The stories he had to tell were fascinating. I hope I shall be able to do them justice! Also amazing was the reconstruction of an underground Communist terrorist hideout at the museum. 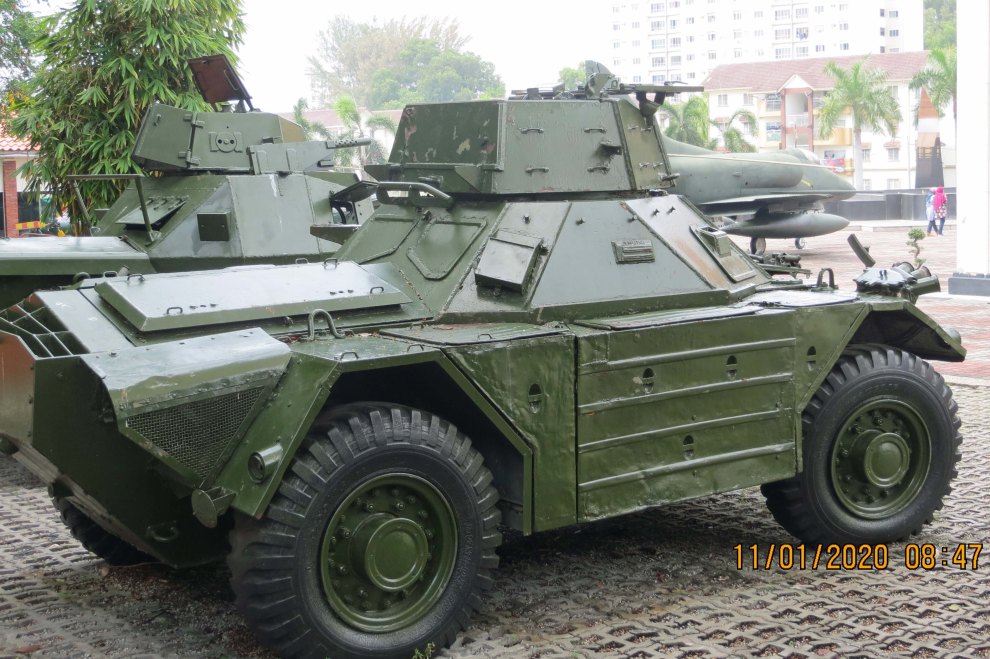 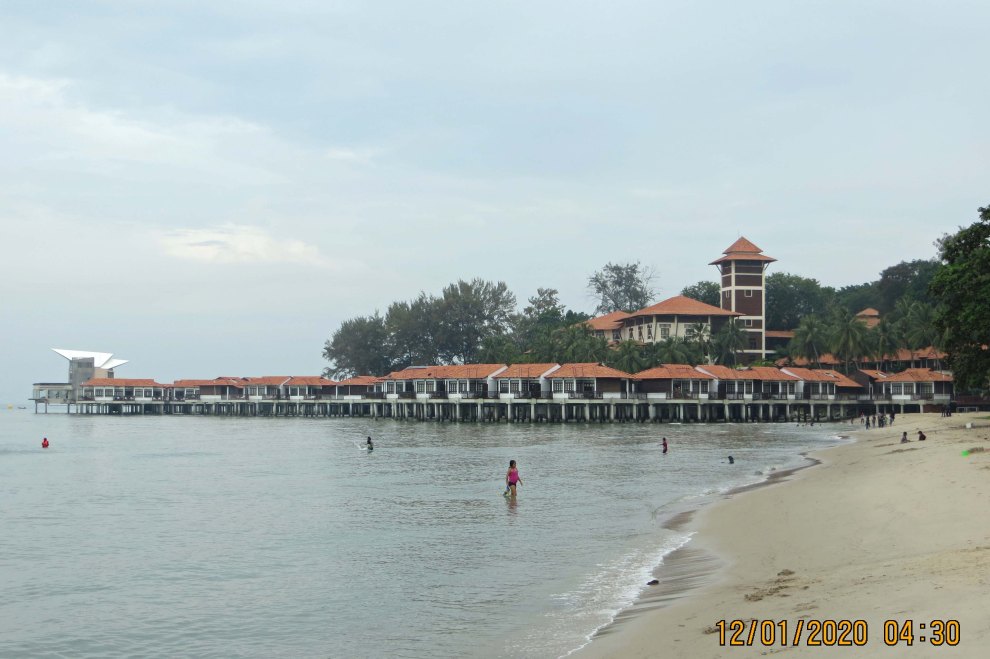 My journey ended with a visit to Malacca. Originally a Portuguese, then a Dutch, colony, it was taken over by the British after almost two centuries of Dutch rule, but the essential character of the old town, which is now protected, remains Protestant Dutch. 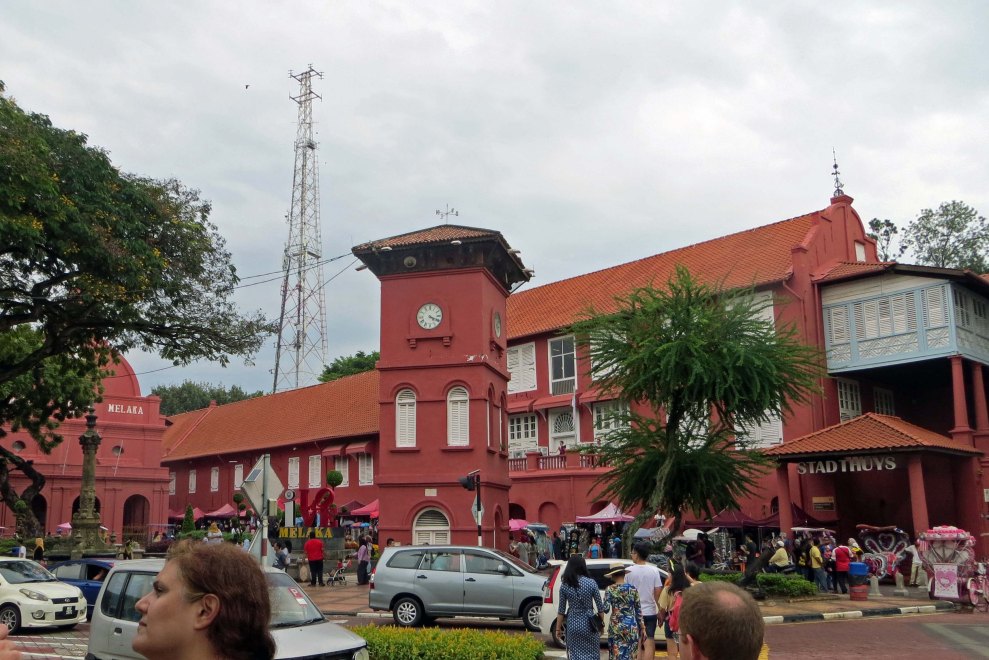 It’s an extraordinary feeling, walking through streets containing so many prim, plain, sturdily constructed North European buildings, but interspersed with hugely contrasting places of worship, according to religion, 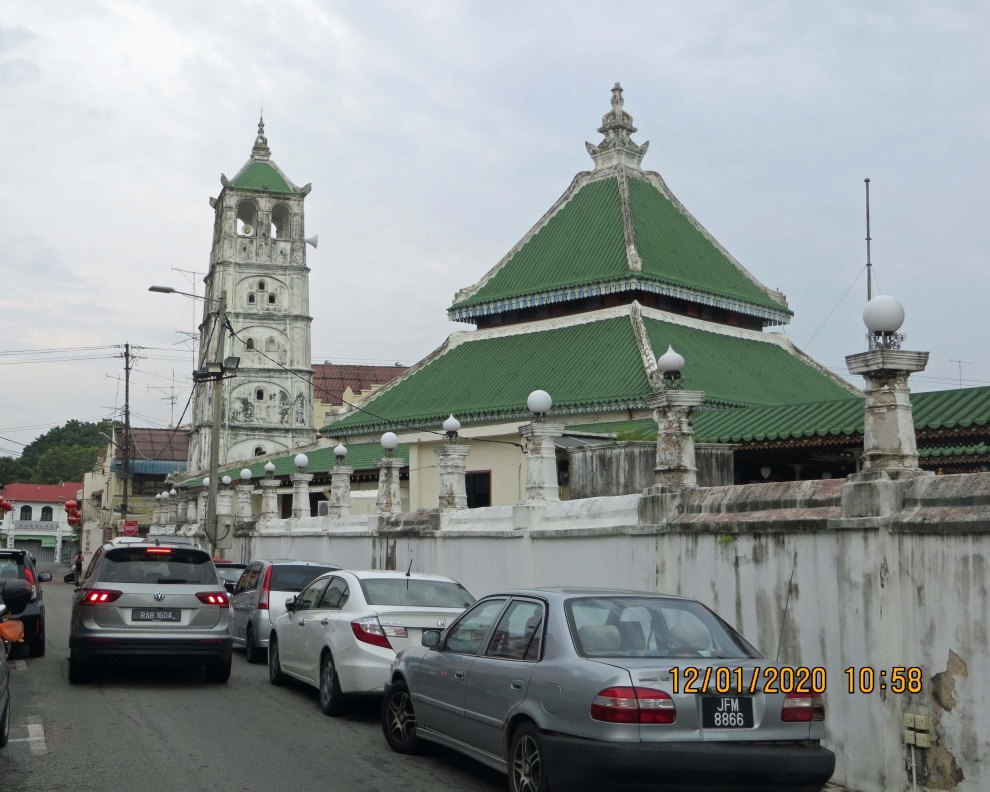 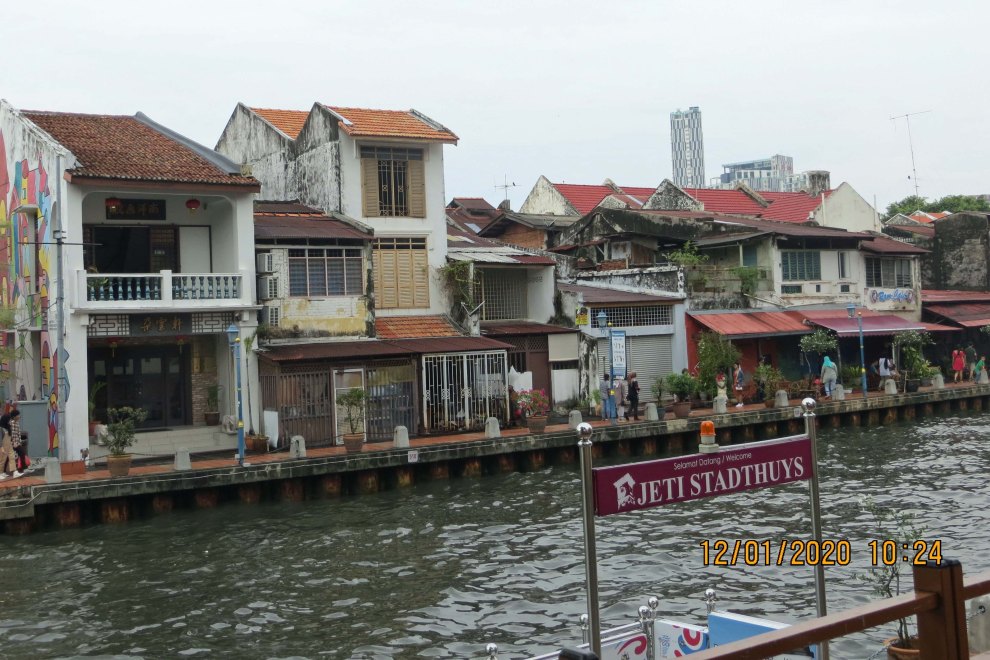 Then it was time to board the plane and embark on the long journey home. It lasted thirteen hours – the longest single air flight I have ever taken – but it seemed to pass in the blinking of an eye – doubtless because I had so many recent memories to ponder.

12 thoughts on “To Singapore and Malaysia…”