I commit a few putative murders… 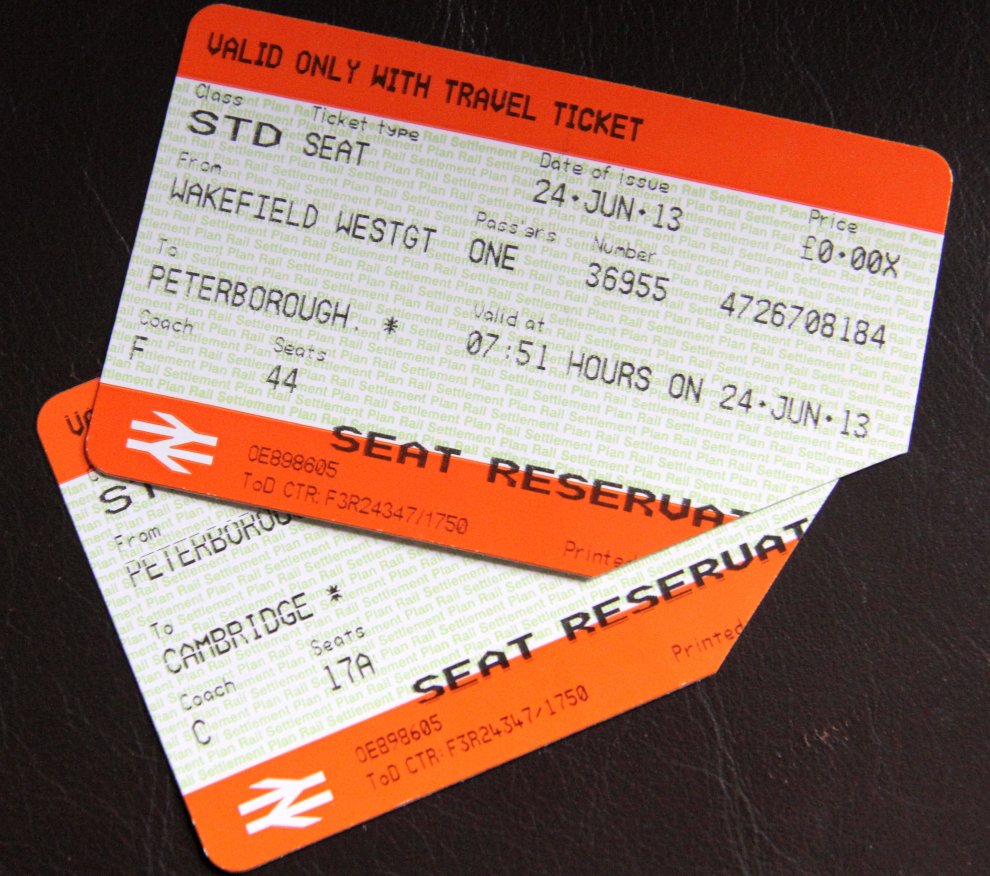 In January, I wrote about a train journey to London during which I observed my fellow passengers and assessed them for potential as fictional murderers.

Yesterday, I made another train journey, this time to Cambridge.  I didn’t set out with this intention, but, by the journey’s conclusion, I had been compelled by an uncharacteristic bout of Swiftian disgust to appraise the potential of some of my travelling companions as murder victims.

The journey from Wakefield began in a civilised manner, until the train pulled into Grantham.  There, a group of schoolchildren boarded, evidently bound for some kind of daytrip destination (possibly London – this was the King’s Cross train).  I say ‘schoolchildren’ – they were fifteen or sixteen, possibly first-year sixth formers.  Until that point, I had been occupying a table to myself.  Three of them joined me, two girls taking the seats opposite and a boy the one beside me.

The boy was very polite.  The girls were shrill horrors, bred on a diet of Hello and reality TV.  One of them was particularly inane.  She made it quite obvious that she fancied the boy.  She asked him what time he’d got up that morning.  He replied 5.30 a.m. – he’d had to do his paper round before setting out.  She said that she herself had got up at 6.30 a.m. – and it was a good thing that she did, because she, like, put on the T-shirt she meant to wear today and there were, like, two inches of bra sticking out at the top.  Cue: shrieks of laughter from both girls.  She then asked which of her companions would like to play ‘I-Spy’. (I was astonished at this choice of game, which most self-respecting ten-year-olds of my acquaintance would have scorned.) The other girl declined.  The boy – still patiently polite – agreed.  ‘I spy with my little eye something beginning with t,’ said the first girl.  ‘Train!’ said the boy.  Another burst of giggles.  ‘I don’t believe it!’ she said.  ‘However did you, like, guess that first time around?’

I was joined on the Cambridge connection by a tall young man with Jesus hair and a Tonto headband.  He was dressed in an Afghan-style coat and was reading a book on philosophy.  He seemed a pleasant enough travelling companion until he yawned.  I was assaulted by breath fouler than could have poured from the mouths of half a dozen dragons after a brimstone-eating spree.  I moved to the seat beside mine so that he and I were diagonally opposite each other.  A middle-aged woman then boarded and sat next to him.  She was immaculately dressed, all her golden curls sprayed firmly into place.  She was clutching a cup of Costa coffee.  I looked up a few minutes later:  The white plastic lid of the coffee was smeared all over with her red-orange lipstick; so was her face.  She took a packet of Monster Munchies from her bag; they were pickled onion flavour!

At Ely, another tall young man joined us.  I stood up so that he could take the seat opposite dragon-breath.  Their long legs clashed.  The newcomer smelt even worse than his counterpart.  It wasn’t just his breath: he had an all-over aroma of mingled mould and sweat.

I was delighted and relieved when I could finally disembark.  Cambridge station, drab at the best of times, had never seemed so inviting. Jonathan Swift, I am sure, would have imagined eloquent and appropriate comeuppances for their various vile traits.  I could think only about who might murder them and how.  Motive would not have been a problem… but engaging the reader’s sympathy for the victims?  Perhaps a little more of a challenge!

11 thoughts on “I commit a few putative murders…”