The flavour of Salt crime fiction… 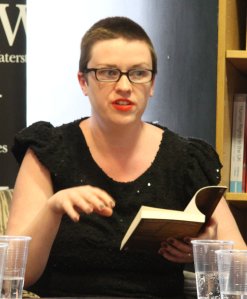 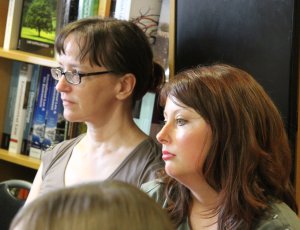 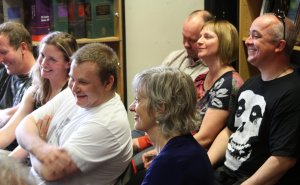 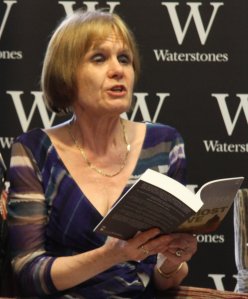 The Salt crime writing event that took place at Waterstones Gower Street yesterday was a very festive occasion. Sam Rahman, the Events Manager at the shop, her colleagues and a large and appreciative audience combined to make it a great success.

Laura Ellen Joyce, Matthew Pritchard and I each gave readings from our books. Laura read from The Museum of Atheism, which (jointly with In the Family) launched the Salt crime list last November. I read from Almost Love and Matthew from Scarecrow, which Salt will publish in September. Afterwards, I chaired a discussion with Laura and Matthew about their writing. The audience joined in, offering many lively and perceptive comments.

Both Matthew and Laura agreed that a sense of place was important to their writing. Laura chose to set her book in small-town America in the dead of winter – there is no daylight in the novel – to epitomise the corruption that it portrays. Matthew writes powerfully about Andalucia, which he knows well, having lived and worked there for twelve years. Laura agreed with the suggestion that she describes a rudderless society in which no character is able to provide a moral yardstick or compass. Matthew said that the corruption captured in his work derives more directly from his knowledge of shady Spanish officialdom. Danny Sanchez, the protagonist of Scarecrow, is a journalist who bravely tries to expose the fraudulence and self-interest upon which he sees that Spanish politics is based.

Laura had deliberately left vague the identity of the killer in her book, because, in a sense, she was indicating that society as a whole was to blame. Matthew had had the intention right from the start to write about a serial killer, but the character of the killer took shape in his mind gradually as he worked on the book and continued to read about real-life murders. An account of how the head of one of Fred and Rosemary West’s victims had been swathed in gaffer tape had left a particularly lasting impression on his imagination.

There was much laughter from the audience at Matthew’s anecdote about how, when the shop below his flat caught fire recently, the police broke into the flat and discovered his large collection of books about serial killers and Nazism scattered over the floor. There was even more laughter when I persistently made the mistake of calling him ‘Danny’, after his hero, rather than Matthew! (Apparently, it is a mistake that his agent makes, too!)

Laura confirmed that she will continue to write crime because she has a profound interest in why people commit evil or anti-social acts. She’s also interested in pushing out the boundaries of fiction. When, in response to a question from one of the audience about what I thought the ‘next big thing’ in crime writing would be, I said that I’ve seen several books lately that mix genres and I’m not sure that it works, Laura said that this idea appealed to her and that she would like to experiment with it. I do think that it would take a very good writer to pull it off, but Laura is so accomplished that she is one of the few people I know who might succeed at it.

I was asked why most crime novels are about murder, rather than other types of crime, such as theft or fraud. I said that there are some novels based on theft – there is quite a strong sub-genre relating to crimes associated with works of fine art, for example – but it is difficult to write about crimes other than murder unless you are a police procedural author. This sub-genre has never appealed to me; I’m more interested in the psychological aspect of crime-writing.

We were all asked whether we’d come to writing ‘lately’, or whether we’ve always been writers. We agreed that we’ve all been writing ever since we can remember. Asked also whether we had to let a novel ‘fade’ from our imaginations after we’d finished it before we could embark upon another, we each offered different responses: Matthew writes all the time and is usually working on several books at once – he knocks out 2,000 words a day, even if sometimes he knows it is rubbish and he will have to discard some of it; Laura writes regularly, but in different genres – she writes short stories between novels and also said that she was very organised when writing The Museum of Atheism which, with a detailed outline on a spreadsheet, she wrote in twenty-four days, a chapter a day, all in November, following the NaNoWriMo concept; I usually take a brief break after completing a novel, but I’ve started on the next DI Yates book now. I feel that being an author is a bit like being a member of the fashion industry: your mind is already on the next season’s work while your readers are still consuming this season’s product.

We all paid tribute to Salt Publishing, which we agreed is an uncompromising publisher setting high standards. We were also united in saying that we aren’t interested in the ‘blood-and-guts’ style of crime writing.

On behalf of the three of us, I’d like to thank Sam and the staff at Gower Street for their wonderful hospitality. I’d especially like to thank all of you who attended for being such a generous and receptive audience, for making such constructive contributions to the discussion and, of course, for buying or ordering our books! It was good to meet some new friends – some of whom I’ve only previously ‘met’ through Twitter. Finally, a big thank-you to numerous well-wishers who were unable to come (some of you based in countries very far away), but who sent kind and encouraging messages and helped to advertise the occasion. We hope to meet you all one day at future events.

All in all, it was a very memorable evening indeed!

8 thoughts on “The flavour of Salt crime fiction…”