‘even MPs fail to speak properly’ – Oh, the glorious irony of that word ‘even’! 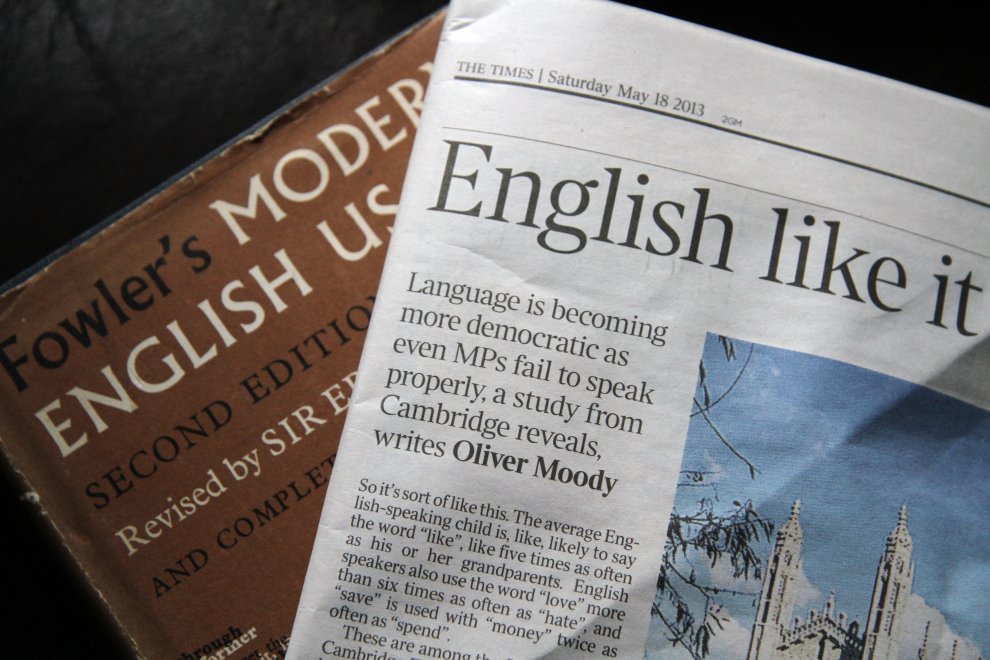 I was amused to read in today’s paper that standards of grammar are slipping ‘even‘ among MPs. I’m amazed that the author considers the linguistic prowess of politicians to be the yardstick for the nation’s performance in this respect. For years I have been entertained by the dreadful but often hilarious ways by which MPs mangle the language. Those most self-consciously aware of the way in which they speak are prone to make the worst gaffes. Mrs Thatcher’s Tudoresque announcement “We have become a grandmother” is etched on the national memory. Very recently, Michael Gove, that staunch advocate of traditional grammar school education who now wants to extend the length of school days to workhouse proportions, explained his rationale thus: “If you look at the length of the school day in England, the length of the summer holiday, and we compare it to the extra tuition and support that children are receiving elsewhere, then we are fighting or actually running in this global race in a way that ensures that we start with a significant handicap.” Crystal clear, mellifluous, grammatically rigorous and beautifully structured, isn’t it?

I’m not sure that I agree with the hypothesis that this slip in standards, if indeed it exists universally, is caused by shortcomings in our formal education; there may be a more profound cultural change at work. My grandmother left school at the age of fourteen with no formal qualifications. Although she was deeply interested in learning and continued to read widely throughout her long life, the number of days that she actually spent at school was pitifully small, because she was the eldest of nine children and expected to stay at home, sometimes for months, whenever her mother had another baby or one of her siblings was ill. ‘In service’ for the whole of her working life (which began when she was fourteen and finished when she was seventy-four), she prided herself on speaking ‘properly’. I remember what she said to have been always grammatically correct and exquisitely enunciated, although it was not delivered in what came to be known as ‘Received Pronunciation’, because she always retained the slight burr and elongated vowels of her native county, Kent.

Her speech was picturesque in ways that have almost been lost. I think she must have thought in pictures and she had a fund of sayings for every occasion. Not one to suffer fools gladly, she used these sayings to convey her opinion (relatively) politely, but with disarming directness: “Who’s upset your apple-cart?” she would say, fixing me with a bright eye if I were behaving in a sulky fashion; “No fool like an old fool,” she would trot out summarily if one of her sisters related a mishap that she believed had been the consequence of a stupid decision; “Cleanliness is next to godliness”, she rapped out at her neighbour, an old man to whom she always referred as ‘Hicks’ (she regarded him as not quite her social equal), when he told her that he was unable to perform his usual weekly task of carrying out her dustbin to the street because he had a painful boil on his neck. “Red hat, no drawers,” she proclaimed in a penetrating whisper when a lady sporting this outré headgear passed us in the street.

One of the most fascinating things about language is that it is a living thing. Like all living things, it changes and evolves. We seem to be experiencing a rapid period of change in our use of language at present. I don’t think that this means that it is in terminal decline. What will emerge will be a new set of ‘rules’. (How the rules change over time can be demonstrated by consulting early editions of Fowler’s Modern English Usage.) The reasons for the present shifts in usage seem to me to be complex: Some can indeed be blamed on ‘poor’ education, but, as my grandmother’s example demonstrates, adopting a lifelong reading habit is the most effective way of understanding language and using it well; some owe themselves to a rapid influx of imported words and sayings, predominantly (such is the power of media) from the USA; some happen because the speaker (e.g. Mr Gove), although well-educated, does not take care to present a series of related thoughts in a logical sequence. As any writer knows, when you have something complex to convey, crafting a series of short, simple sentences may be the best approach to take. Of course, we need to pay attention to these things, but above all we need to guard against allowing the lifeblood to be drained from our speech by becoming too ‘PC’. I’m not talking about being rude or slanderous, but, like my grandmother, we must continue to harness the power of the language itself to convey our true opinions, not hide behind some anaemic gobbledygook that has been dreamed up by the thought police, or politicians!

As a totally irrelevant aside, it was my grandmother who first taught me about irony. Visiting my mother one day, she announced that my Great-Uncle Arthur was in hospital with a chest infection and that my Great-Aunt Lily had ‘fallen up the steps’ on her way to see him and cracked three of her ribs. Both she and my mother were then overcome by a burst of spontaneous laughter. I was shocked at the time, but realised later that it was the irony of the situation that amused them, not poor Lily’s misfortune. Jane Austen, not herself the product of a formal education but the mistress of irony, would have smiled.

Mr. Gove, perhaps you may pontificate when you have acquired the verbal skills to do so!

6 thoughts on “‘even MPs fail to speak properly’ – Oh, the glorious irony of that word ‘even’!”