Spalding: a setting for ‘In the Family’, but more to it than that… 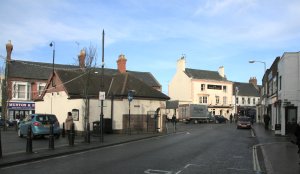 When I returned to Spalding recently for a signing session at Bookmark, I was struck by the beauty of this old town, the layout of which has remained essentially unchanged since the eighteenth century.  Because it was a market town to which livestock were driven for auction – there were various market-places, such as Hall Place and what is still called the Sheep Market – the approach roads were made broad and straight at a time when streets in other towns were narrow and winding.  The River Welland also makes a significant contribution to its character.  Deep and full, with steep banks that have been fortified in places, within living memory it carried ships to the town from the Lincolnshire coast.  I myself can remember the grain boats that were still plying their trade between Fosdyke and Birch’s, the cattle cake merchants in the High Street, when I was a primary school child.

While I was growing up in Spalding, however, I was pretty impervious to its charms.  I was impatient to leave what seemed to me to be an intellectual backwat 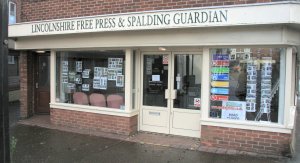 er where sugar beet and tulips were the main topics of conversation, the Young Farmers’ Club dominated social events and the local newspaper – the Spalding Guardian – was full of photographs of girls who had been a few years ahead of me at school, now smiling and swathed in Nottingham lace, marriage being the traditional rite of passage of a farmer’s wife. This was not the life for me.  I sought the wider horizons that I believed a university education could give me.

Therefore it was with a certain sense of irony that I set the DI Yates novels in Spalding.  I acknowledge now that Spalding gave my young self many more gifts than I could appreciate at the time: a sense of community, the genuine interest that professionals – teachers, clergymen, doctors – showed in helping me to fulfil my ambitions, a safe environment where my friends and I could wander freely with no adults present.  Now, almost unexpectedly – I did not at first plan to give Tim Yates a home and a career in Spalding – I continue to benefit from its bounty.  Perhaps it has always been a benign presence at the back of my subconscious.  Perhaps now I also know that exploring those wider horizons was not necessarily as rewarding as what I had to start with.

4 thoughts on “Spalding: a setting for ‘In the Family’, but more to it than that…”